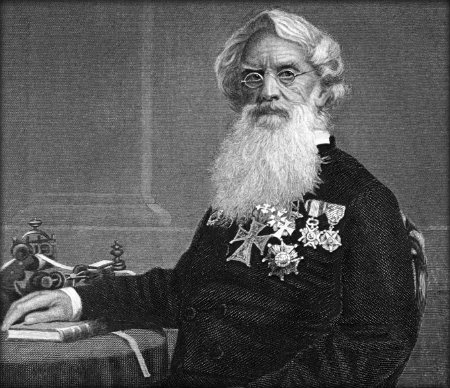 January 6, 1838: Samuel Morse first demonstrated the his concept for the telegraph system, which many would consider the first form of telecommunications in the world.

These two men and their inventions, while separated by hundreds of years, have more in common than you might think.

Before inventing the telegraph machine and Morse Code, he was actually a painter.  While traveling to paint portraits he received a letter from his father that his wife was ill from giving birth to their child.  By the time he made it home, it was too late.  His wife died without him having the chance to speak to her or see her again.  It was at this point that Mr. Morse embarked on a mission to figure out a way to deliver life-and-death messages in a timely manner.  It’s understandable then why the first message he tapped out on May 24, 1844 was “What hat God Wrough?”

Before co-founding Twitter, he was a graduate student at New York University when he presented the idea to the board of podcasting company Odeo that SMS service could be used to communicate within a small group.  The idea turned into the company and social media platform now known as Twitter.  The word twitter’s definition includes “a short burst of inconsequential information.”

While Samuel Morse was on a mission to deliver life-and-death messages and Dorsey was more focused on “inconsequential information”, both the telegraph and Twitter relied on messages  to limit the number of characters in the message due to limited resources.  The telegraph had very limited technical ability and method of deliver was arduous.  Twitter being based on SMS concepts also had limited characters and relied on 5-character SMS codes to convey information.

Whether or not the two men would agree that their inventions share the similarities that seem so obvious, it’s certainly true that “the more things change the more they stay the same.”

To receive ongoing updates and notifications on new episodes, please sign up to our Newsletter and we’ll make sure to keep you in the loop!

5G Guys is  a podcast and learning resource for all things wireless technology.

© All rights reserved. Developed by SecondLineThemes.com